How to Enforce Child Support in Georgia 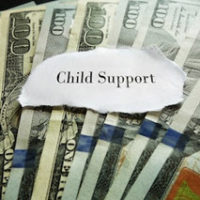 So your ex-spouse has ceased paying for child support.  This puts you in a difficult position; raising children is expensive and the costs are divided by the court between the ex-spouses in order to ensure there is enough money in the metaphorical “pot” to be used for child rearing.  However, if this is your situation, you are not alone.  It is fairly common for ex-spouses to quit paying child support.  Perhaps they have undergone a job change or have lost their job and are now unemployed.  Perhaps they simply no longer wish to meet their court-ordered obligation.  In any case, there are routes you can take to have your child support enforced in Georgia.

Ignoring a court order is a big deal, and a court will probably see it as such.  Refusing to comply with a court order places that person in contempt of court, meaning they can be ordered to pay or face civil and even criminal penalties.  This is one of the most common ways to compel an ex-spouse to pay their court-ordered child support obligation.

The state of Georgia has a division of its government called the Child Support Enforcement Division, or CSE.  The division can put into place various penalties against the ex-spouse that is refusing to pay child support, including getting a portion of the violating ex-spouse’s tax refund assigned to you as payment.  The Child Support Enforcement Division can also employ various other means to get you the child support to which you are entitled, including collecting monies due from your ex-spouse’s worker’s compensation or unemployment benefits if they are collecting those.

Collecting from an Ex-Spouse’s Wages

There is a requirement in Georgia that all child support orders include an allowance for wage withholding unless other arrangements are made for what will happen if an ex-spouse fails to pay child support.  If your ex-spouse is not paying, you can seek what’s called an income deduction order which requires the ex-spouse’s employer to withhold the amount of child support due from his or her paycheck.  This is generally considered to be the most effective way to enforce child support, but is only available if the ex-spouse is one month or more behind in payments.

If your ex-spouse is more than thirty days behind in making payments, you can seek what’s called garnishment.  This involves getting a court order, which will provide that money or assets can be seized to satisfy the child support debt.  You might also hear the term “garnishing wages” or something to that effect.  If so, that person may be speaking about this type of garnishment or may be referring to the income deduction order route discussed above.

One important thing to note is that it is difficult, if not impossible, to navigate these options without an attorney helping you.  Hiring an attorney doesn’t have to be complicated or difficult.  In fact, you can get in touch with an experienced Atlanta child support attorney today at The Solomon Firm.  Call 404-565-0641 today.

© 2019 - 2022 The Solomon Firm LLC. All rights reserved.
This law firm website and legal marketing are managed by MileMark Media.